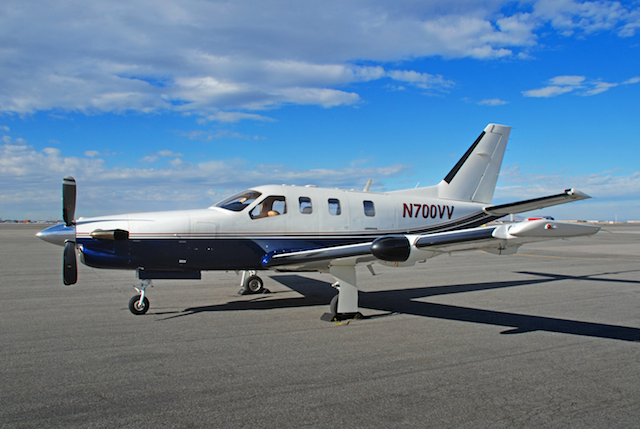 I have had some correspondence with people asking me about my  impressions of transition training in the TBM.  It’s fun plane to fly but there is a lot going on.  The best resources are presented by TSI and SimCom.  Also the best online resources are at TBMOPA with their forums and other resources.

Here are some notes from various e-mail conversations that I am posting here:

I think you will do just fine in the TBM.  I find it easier to fly than the Cirrus (similar to the Columbia) except things are a bit faster during the first 5 minutes and last 5 minutes of the flights.  But, one can always throttle back and make them the same.  I just love the performance so I tend to flaunt it.
Working with Walt (TSI) will be easy.  The paperwork and materials prior make it seem scary, but Walt is an old time instructor (actually a retired sheriff that turned his avocation into a 2nd career) and enjoys helping people get the most out of their plane.
You are already familiar with the G1000 and that part will be easy.  But there are a lot of other buttons and gizmos in the TBM.
The french engineers love buttons and switches.  My best example — to turn gyros on and off requires 4 switches, next to each other, and you always move them together.  In fact, in 2.5 years and almost 500 hours I have yet to find a reason to not just move all 4 switches together.  One day I am going to go through the manual and see if I can find a reason.
Another example is the landing lights.  You must turn on the left and right landing lights each with their own switch.  And when they turn on, they light up the switch itself so you know they are on.  But in french estimation you need to be able to test the light in the panel switch.  If the panel switch doesn’t light up, it means one of 2 things.  That particular light in the particular wing is burned out and or otherwise not working and the conditions might not permit you to be able to tell OR the light in the panel is burned out and not working.  How could one possibly fly safely without know which one?  So they install a test button above the switch to test the panel switch light.  Whew!  The tragedy of not knowing until you get on the ground has been averted.  But the result is lots of little switches.
I did my initial with Walt up in WA state and it was hot, hot, hot and I had some schedule constraints to get done.  So I didn’t spend as much time on the ground as I would have liked going over switchology and in the plane flying you’re kind of busy.  Plus that old fire hose thing about being saturated when it looks like a big confusing panel.  I fly pretty well, most of the time, and can cover up my lack of understanding.  I will hereby confess that I really didn’t sort out some of the secondary switches and procedures with Walt until my second time with him for the annual re-check.  Of course, now the panel looks and seems simple.  But when I first started to fly it seemed pretty complex.
So my advice since you are doing extended training with him:.
Targets of misunderstanding from our history:
Since you will be flying from Minden you will need to make sure you have a good procedure for hot/high-altitude starts, especially if you need to restart.
Walt is not there to test you, but support your growth as a pilot in the TBM.  He wants you to be the safest pilot you can be and enjoy the TBM.  He seems to like it better if you ask questions because he will cover everything but he is trying to balance not boring you by covering something you understand or scooting over something too quickly.  Asking questions allows him to dig in deeper.

Here is a Walt hint for you: