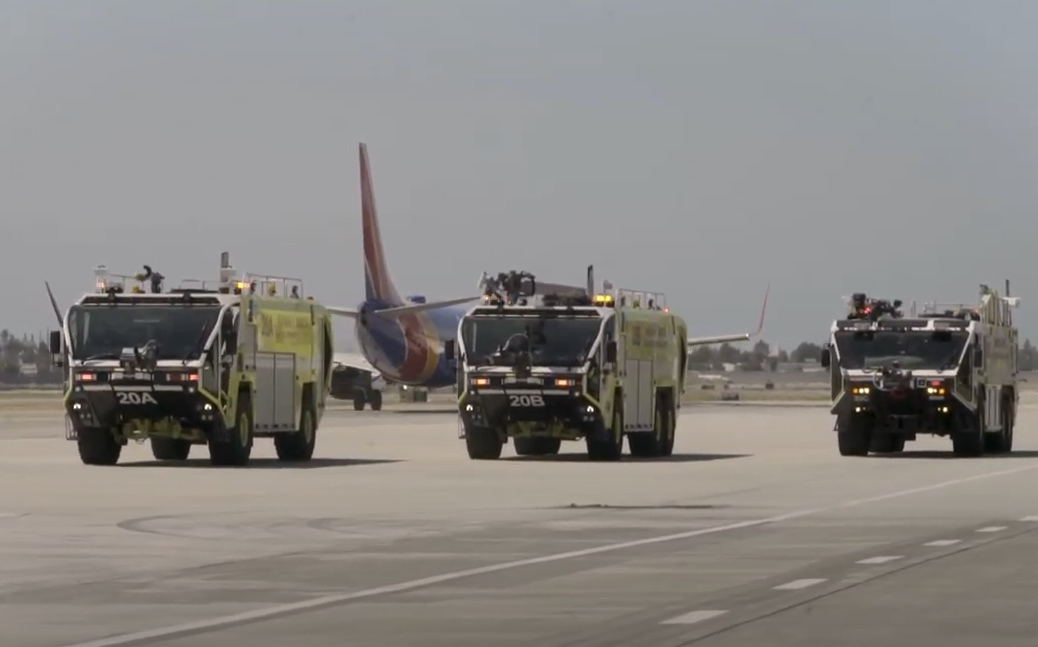 Nancy was departing from KSJC (San Jose Int’l) airport on Oct 18.  At about 1000′ shortly after take-off, she had two CAS (Crew Alerting System) caution messages:

Then she smelled fumes in the cockpit.  Afterward, this was debugged as a failure of the BASS (Bleed Air Supply System) PRSOV (pressure relief shut-off valve).

She decided to abort the flight and return to the airport to debug the maintenance problems.  The caution messages had memory items we learned in training that are first steps in the checklists associated with each caution.  Basically, (1) turn off the Bleed (air pressurization system) and (2) Reduce the throttle.  She reports that on the downwind leg the caution messages had gone out and the fumes were cleared out of the cockpit.

The Tower coordination was exceptional.  Coincidentally, the emergency trucks were performing an exercise.  So they called their exercise short and positioned themselves to follow Nancy down the runway after landing.  They checked with her and all was fine.  Basically, it was as if Nancy had been dispatched to help with their training exercise.

I was able to extract the radio messages from the online archive.  Her call sign is Vision Jet 255M.  She was remarkably calm.  She didn’t remember but hoped she hadn’t declared an emergency.  She didn’t.  She also had the presence of mind saying she wanted to consult with maintenance before continuing on the flight.  This means the aircraft could be airworthy and doesn’t require extraordinary paperwork.

Here is the tower frequency from take-off through landing (with a little time compression):

Here is the ground frequency showing the ground emergency vehicles prepping for her landing and Nancy giving them assurance after she left the runway:

The FAA did contact us later and did request some minimal paperwork.

Nancy caught an airline flight home that afternoon (actually to Bend OR where we were dropping off the SR22 for its annual).  Cirrus picked up the Vision Jet and moved it to Woodland Aviation for repairs.

We got new parts within about 2 weeks and brought it to our new community hangar at Scottsdale, shown below.  Nancy flew it home and she was pumped for several hours following landing. She has over 50 hours in it, loves it, and reported that it was nearly perfect on the flight from Sacramento.  Seemed to me like she was grinning all through dinner. 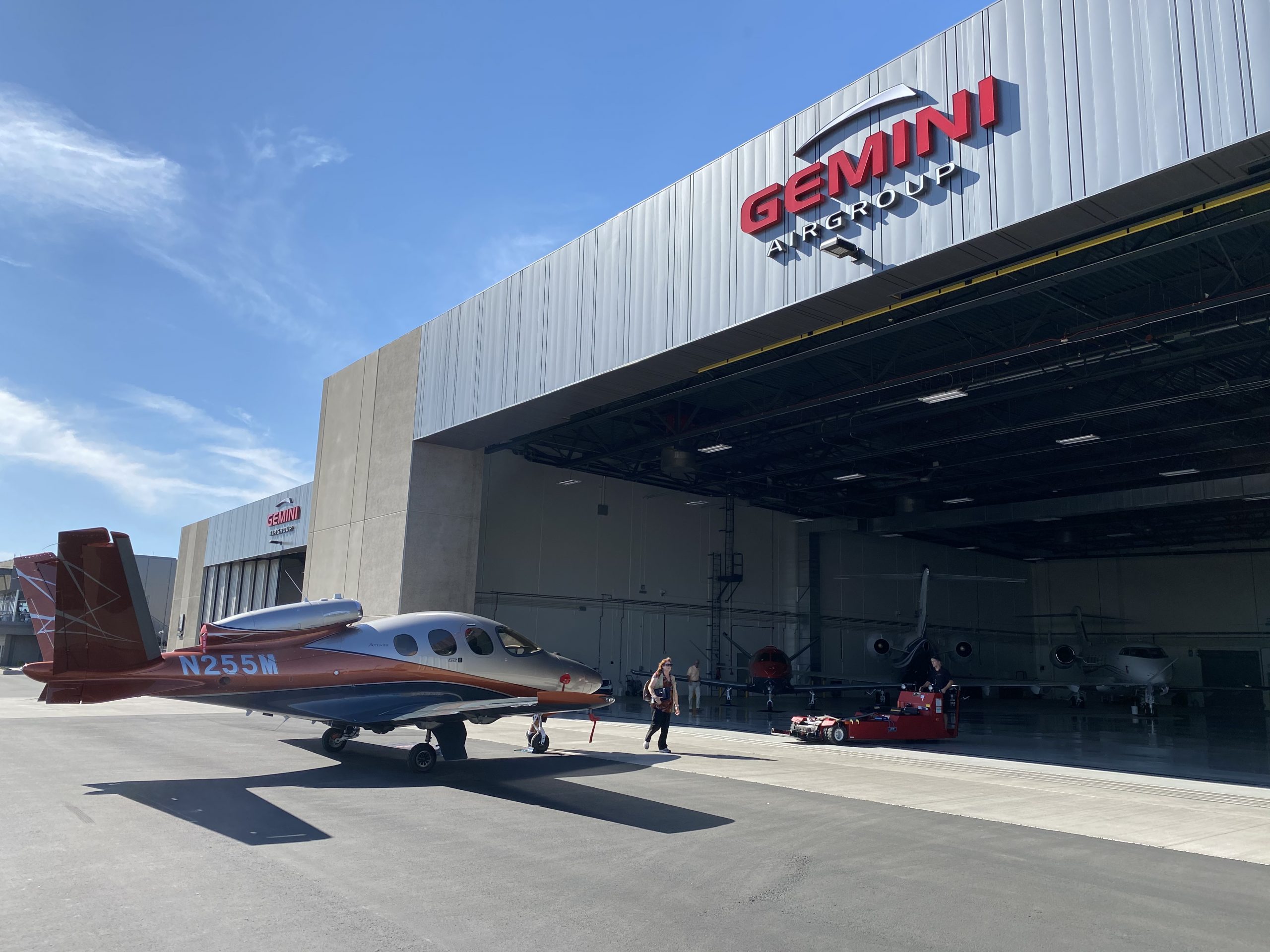