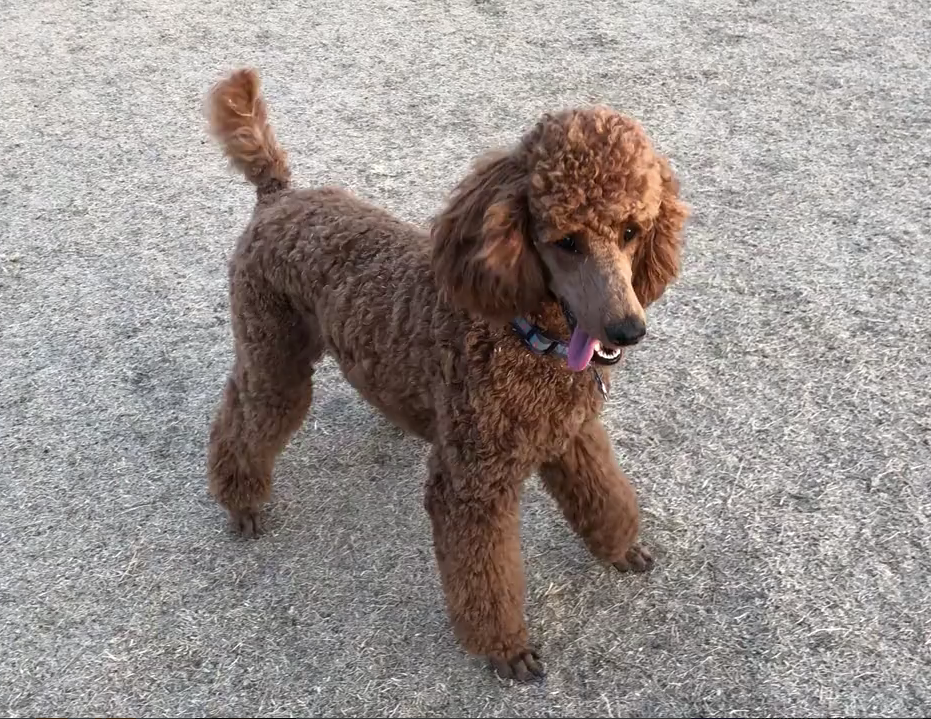 My previous standard poodle, Pixie, was OK at fetching and sometimes even played a little frisbee, but it wasn’t really her thing.  It made it difficult to keep up her exercise.  I was hoping that my next poodle, Brandy, would be love to fetch.  As a puppy, she would fetch indoors but rarely was interested in fetching outside.  In fact, she might not fetch once at the dog park.  Then when she was about 10 months old she got the knack.  Perhaps it was because she saw Willa (also known as Sam, short for Samantha) at the Fountain Hills dog park.

Now she loves it!  She fetches in the house, in the pool, in the hot tub, and in the dog park.

Here is the message I posted on the Springer Clan Standard Poodles facebook group for owners:

I really wanted a poodle that would fetch. It’s easier for me to monitor exercise and it makes dog park visits (2 per day) more fun. Leanna promised me that our new SCSP would be a good fetcher. For 10 months, only in-house fetching. Then the great transformation occurred. Although not clear in this video since the whole camera thing confused her a bit, she has been called the fastest in the dog park by some and she really enjoys it. Thanks, Leanna … it worked out fine.

Here is a reply from Leanna, the breeder (Maddie is Brandy’s mother):

Yeay!!!! I knew it! Both Maddie and mostly Jojo LOVED the ball, I have faith that most Poodles have that “retriever” in them! Enjoy!!! She is a good-looking, happy girl!

Here is a replay from the owner of Brandy’s father, Jax:

Jax loves fetching too. My previous poodle, Buddy, used to run after the ball but after getting there he looked at me like “now what?” With him, I was always the fetcher.

Here is the video I posted (note the cameo appearance of Beckett at the end):