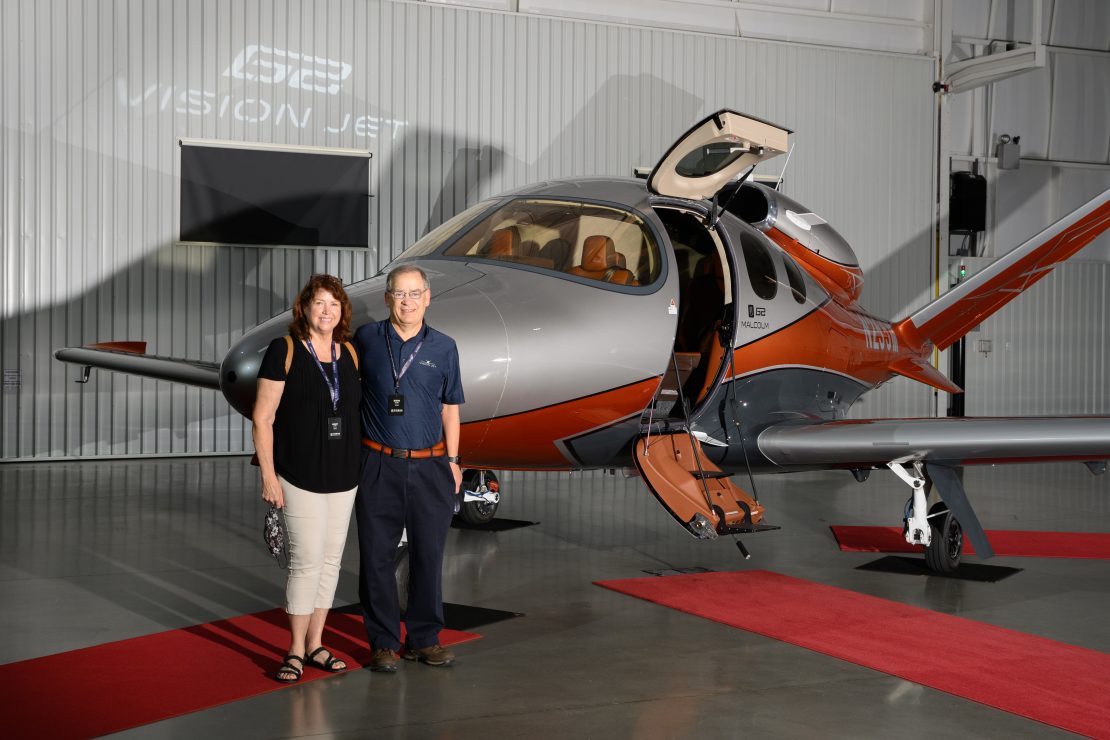 We picked up N255M (Serial #219) on Sept 10. We have 3 of us going through training and decided that @Nancy Sliwa​ and I would do the SOE first. We spent 9 days with @Travis Klumb (Cirrus Aircraft)​ (famous for the VPO videos) as our mentor pilot and ended up putting in over 50 hours. I suspect there will be upcoming new owners that are thinking through their process for their victory tour. Perhaps our observations will be helpful. Here is a map of our mentorship flights: 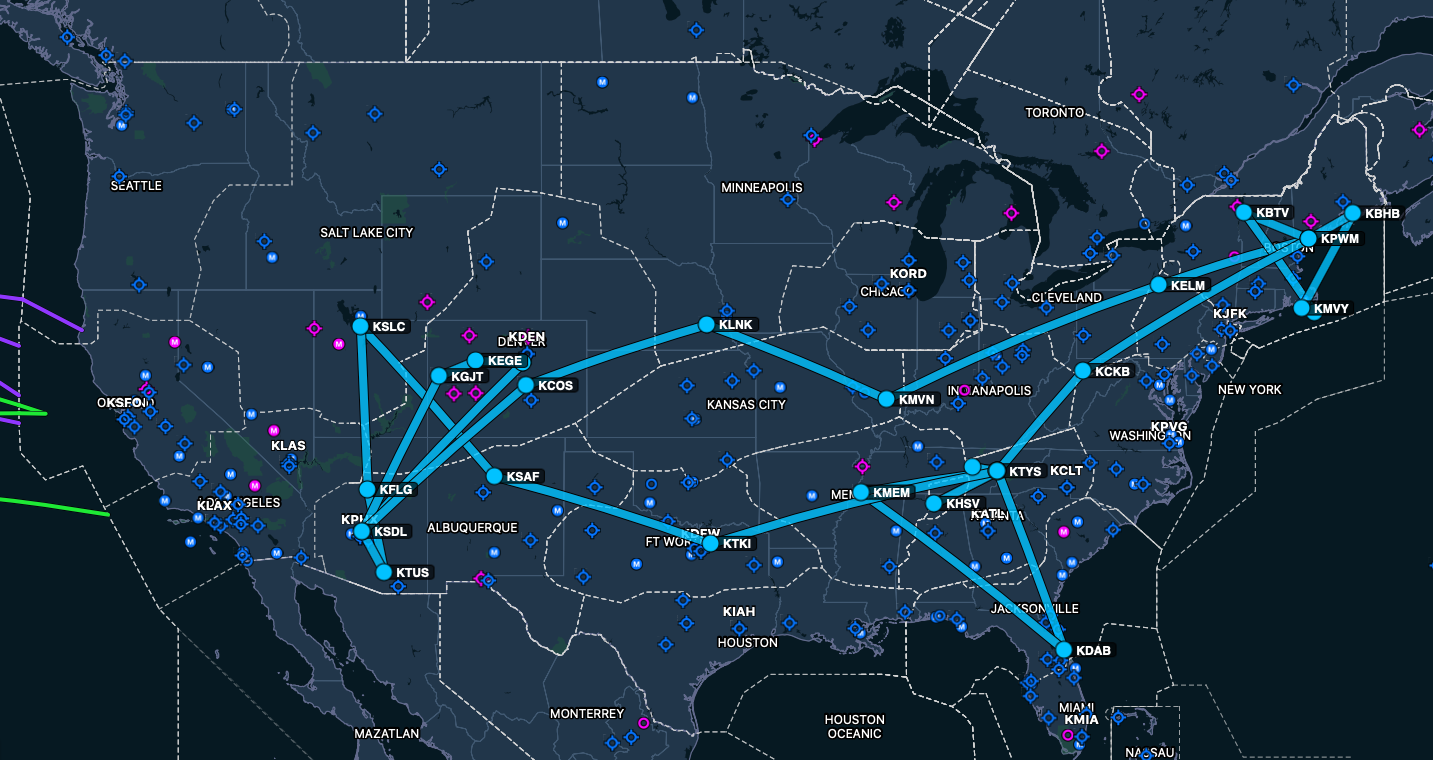 We were originally planning to spend most of the time near our summer home in WA state (KDLS), but the smoke and fires interfered. We also had a couple of redirects due to a variety of issues: closed airports for construction, a closed runway for gear-up landing, tropical storms hitting the south, performance limitations (3 adults with nearly 2 weeks baggage), a punch-list issue on the plane, and etc. But we adapted on the trip and it went well.

A couple of observations on flight locations to which we flew that might be helpful for planning future trips:

We decided that if we were going to adapt to smoke, weather, and other issues we might as well pick a theme. So we decided food was as good as any. A couple of examples:

Here is a gallery of pictures from the delivery ceremony, the pictures that were taken that day by the Aerista photographer, and from the trip: 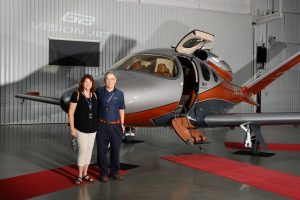 Happy couple at the delivery ceremony. 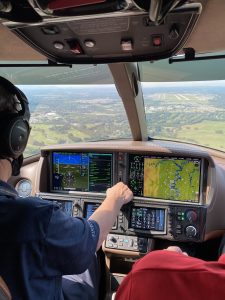 Steve making the landing from the acceptance flight. 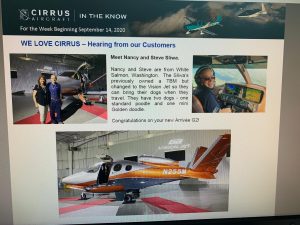 Cirrus covered our delivery with their internal newsletter. 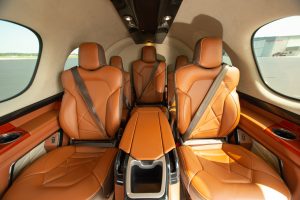 Show in the internal seats, although this configuration is not allowed. 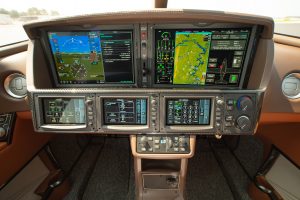 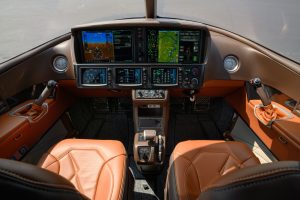 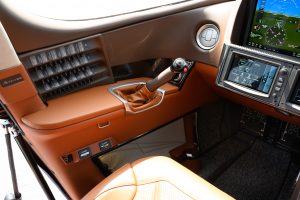 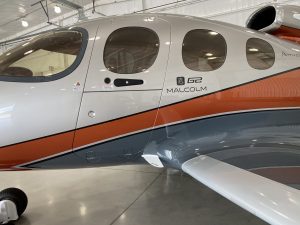 They added the name to the fuselage. 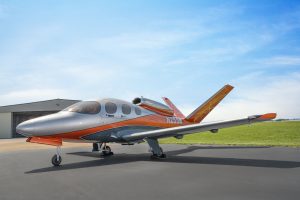 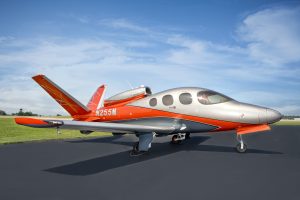 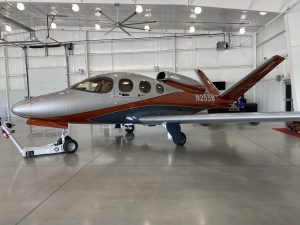 Here it is in the hangar. 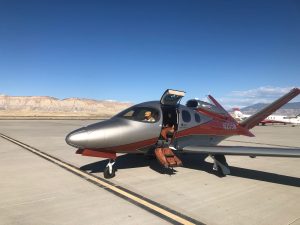 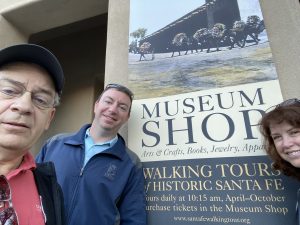 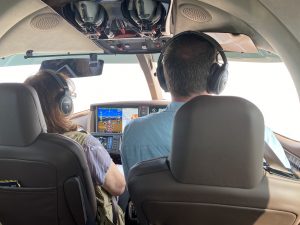 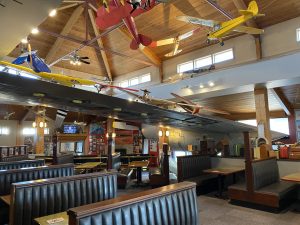 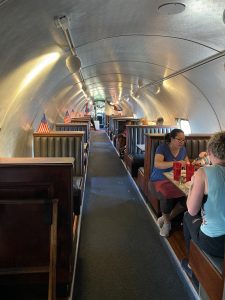 Some seats are in the fuselage. 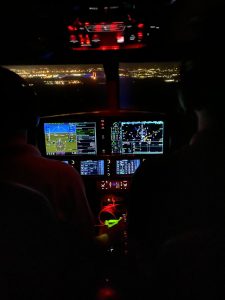 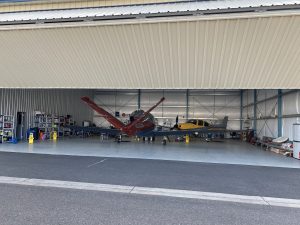 We made it home.