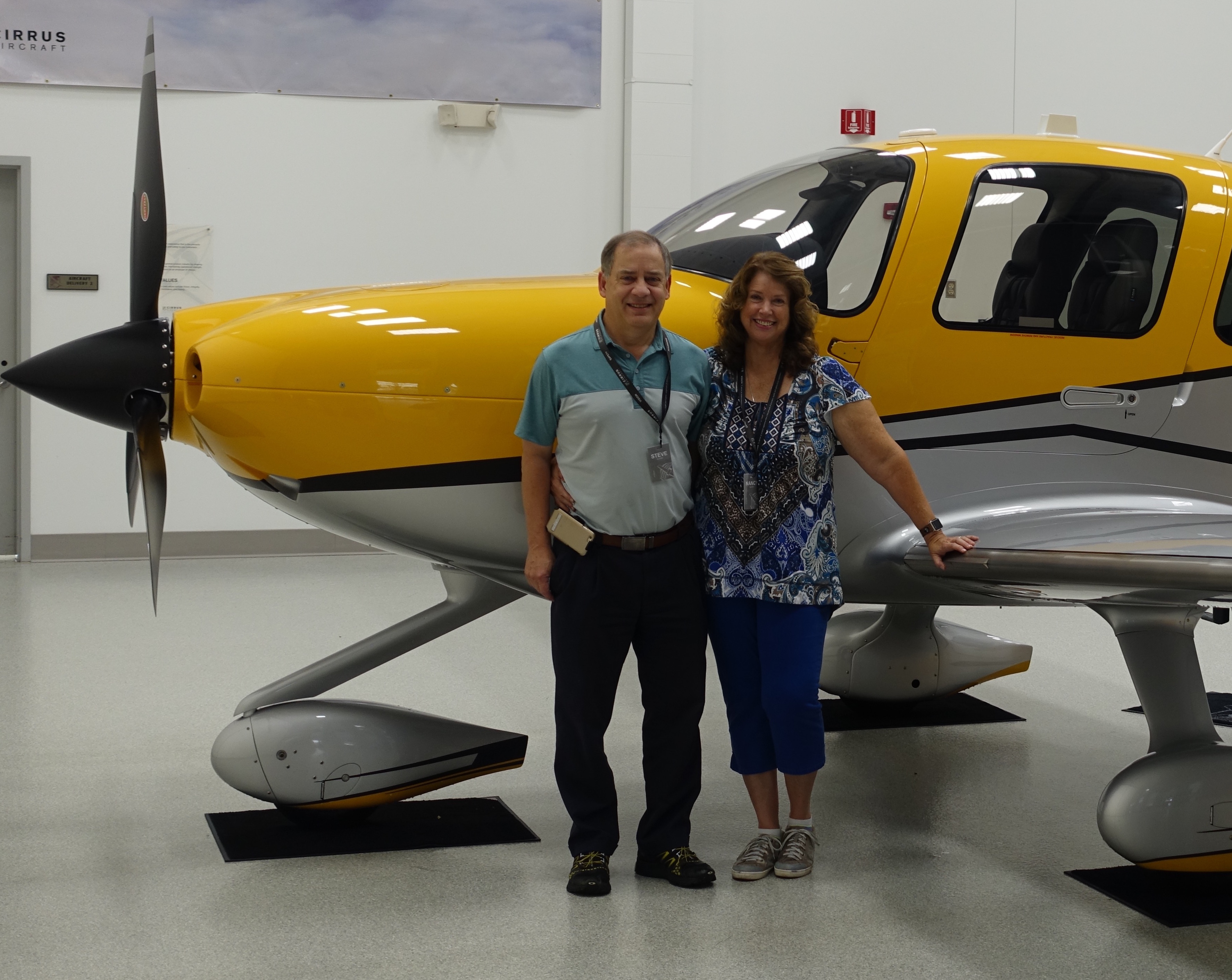 We traveled to Duluth, MN to pick up our new aircraft from Cirrus Aircraft on Sunday August 28.  Nancy was arriving from TN, where she was staying with her mom.  I arrived from our home in the Gorge.  It worked out that we shared the same commuter flight into Duluth as the last leg.  We stay down in the waterfront area of Duluth at the Hampton Inn.  That first night we had dinner at the Canal Park Brewing Company.

We reported to the Cirrus Customer Reception area on Monday morning.  Laura Olsen was our Aircraft Ownership Liaison and she had prepped the aircraft acquisition.  One nice thing is that between her and our regional sales rep, David Fossler, that had us equipped with some pretty nice gifts.  Presumably these were somewhat earned by the fact that this was our second Cirrus.

We also met our CFI, Joe Peterson.  Joe was a recent grad of UND and was a member of their NIFA Team (think flying competition).  During his time on the team they placed 2nd and 3rd in the nation.  UND is really a power house.

We were introduced to our new plane, got to go over it, in fairly good detail.  The paint job picked out by Nancy is pretty awesome, I think.  Although this is one of their options we were told that this particular combination of features (interior and exterior) may have not been picked yet and that they agreed with us that it was pretty awesome.  In landing patterns, saying Yellow Cirrus seems like a natural.  Those reading this that know Nancy know that she currently has a yellow Porsche, which I believe is her 3rd yellow car.

Then we got to take a check flight.  Nancy did the flying and Joe was relieved when she made a relatively nice landing.  Apparently some people try to make Cessna landings and it can be hard to break them of the habit.  Nancy has been pretty awesome with her landings ever since her East Coast trip in the TBM without her CFI hubby.

Shortly after the flight we completed the paperwork.  We had previously had a pre-buy inspection completed by a third party, OneSource.  There were a few minor punchlist items and they were able to square them away before our arrival.  Actually, during our flying we had couple of issues for them to troubleshoot related to the equipment.  But they basically handled them overnight once we identified them.

We basically reviewed the training process with Joe, did some ground work with him, and then we did our part to clean out the Cirrus store.  We got things for the plane, for Nancy, and for hubby.

About this time Nancy narrowed down the name for her bird.  Generally, her 99’s buddies name them and try to use the alpha characters at the end of the N-number (FAA registration number or tail number) to influence the name.  Susan’s recent bird was M for Mikey.  Marcie’s bird is ZA for Zack.  Nancy’s tail number is N165MW.  This comes from the year (2016) and her favorite number (5 – since she was born 10 – 5 – 55) and MW for her business name, Morning Wings.  She tried on Maxwell (MaxWell) for size and it has stuck.  We all think it’s a great name.  In fact, it remind Nancy of a cute T-Shirt popular amongst geeks.  The T-Shirt is excerpted to the right.  It combines a quote from Genesis and Maxwell’s Equations governing electromagnetic waves (light).

We had the best of intentions heading home to go to another nice restaurant on the waterfront, but we were hungry and didn’t make it that far.  We stopped at the Texas Roadhouse and had some good comfort food.  We then stopped at a grocery store and picked up some items for the room.

We arrived the next morning and told Joe that reports from home weren’t good about Pixie.  We suggested that we changed the schedule a bit and see if he can get me finished by the next day so that I could take a flight home.  So I got 2 flights that day.  One was quite a bit of VFR maneuvers (stalls, slow flight, landings (full flap, partial flap, no flap), short field landings.  The other one had some instrument work including and three some extra approaches and landings as well, including power-off from abeam the numbers (it falls out of the sky like a rock).

We had lunches in the Cirrus dining room and got to meet some of the executives.  Joe generally ate with us and Laura joined us a couple of times.  The lunches were catered in and were quite good.  We enjoyed the conversations with the Cirrus leaders and the other people picking up their planes.  One common topic was the new Vision SF50 or generally called the Cirrus Jet.  There were 3 models generally building flight time while we were there and the discussion was how much fun it would be to own one.

On the advice of Joe, we went that night to the Lake Avenue Restaurant & Bar, walking distance from our hotel. The food was exceptional and the atmosphere great.  We stopped at Coldstone Ice Creamery on the way back to cleanse the pallet.

The next morning we came in and did some ground school with Joe followed by heavy simulator session.  We pulled the chute in many scenarios (BTW Chute Happens – Live with It!).  On one scenario I had been vectored around for an ILS approach down to minimums with various failures and went around to try again.  I got more failures and in the end was hand flying in reversionary mode on one of the displays with alternator failures, sensor failures, radio failures, and managed to nurse it back in for another approach.  Weather was ‘reported’ to be acceptable, but it was below minimums again.  As I executed a miss I got some more failures, so I decided what the heck, and circled around using one of my GPS that was still available and tried to get it right over the airport and pull the chute.  I missed the Cirrus parking lot (my target from 2000′) but got credit for trying.  🙂

We did some more reviews that afternoon and then I snuck out to the airport and headed home to take care of Pixie.  She wasn’t eating and was pretty wobbly.  She immediately took care of her business and then proceeded to sleep soundly with me there.  Within a couple of days she was back to her normal, but elderly self.

Nancy continued her training getting in several more flights on Thursday morning, afternoon, and Friday morning.  She was getting ready to complete her paperwork and couldn’t find her medical.  She has complications related to their concerns with some of her medications.  For some reason, we think, the updated paperwork and medical did not arrive.  So after to some trauma, we found the magic phone number at the FAA to call.  They faxed a copy of medical and she was cleared to go after lunch.

She decided to fly from Duluth to Bismarck, ND without and instrument flight plan.  It was a quick flight of about 2 hours.  She landed and got a ride to the Radisson Bismarck Hotel that was downtown.  I spotted the Peacock Alley American Restaurant & Grill on OpenTable and helped Nancy to get a reservation.  She took a little walk around town and made it there.  She ordered pink cocktail, salad,steak, and sweet potato waffle fries and the sent me pictures to be jealous that I couldn’t be with her.

She had some troubles getting her airplane bill paid the next morning but got of under instrument conditions.  She decided to deviate south due to PIREPS of icing and turbulence directly on route.  She did a refueling and rest stop at Bozeman, MT.  As she was flying in I told her brother how he could follow her on FlightAware and listen to her on LiveATC.

She ended up arriving at the Dallesport about 3PM.  We putzed around a bit with our new towbot and got it in the hangar in a good position.  She left for home and I put some love on her plane and connected up some more systems (for her).

So we have welcomed a new addition to the family (Maxwell) and I am just hoping that Nancy lets me fly him once in awhile. 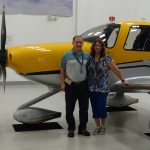 Snapshot of us in the ‘Delivery Room’ 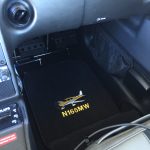 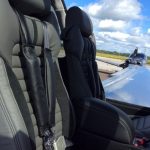 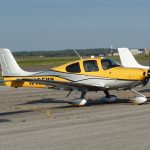 Here is Maxwell parked on the line with other young Cirri. 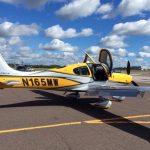 Here they are doing the pre-buy inspection 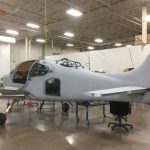 This is what Maxwell looked like about 45 days before delivery. 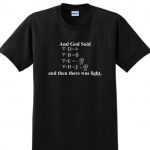 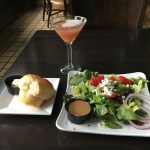 Nancy decided to tease me about the dinner I missed by sending photos. 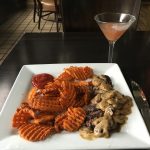 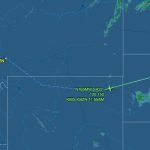 She diverted a bit south to avoid icing and turbulence. 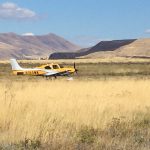 Here she is taxing back to the hangar. 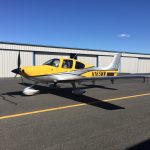 Arrival at the Gorge. 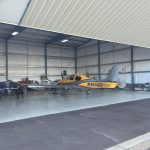 Here Maxwell is tucked into the airport. 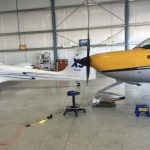 Here’s a view of the new towbot.