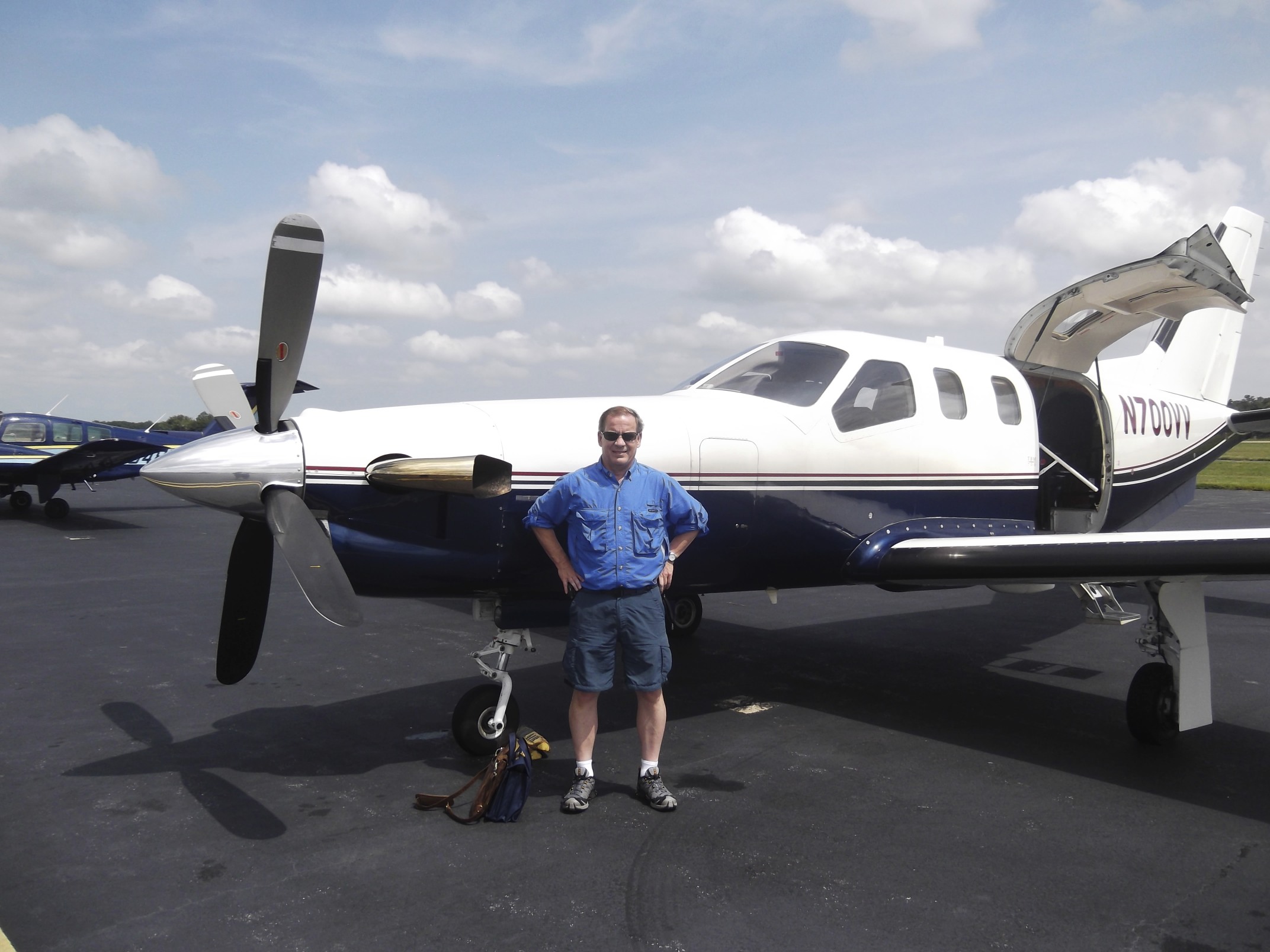 Foreflight image created on iPad of the overall trek.

We had a great trip to the East Coast in our TBM.  This is our 3rd annual trip to the East Coast.  The first one was with the Cirrus and the last two were with the TBM.  On this trip though, Nancy was the left seat and pilot for the legs outbound and on the East Coast.  We have gotten our CRM worked out pretty well.  One great thing about this trip is that we used the the GTN-750s that we just had installed.  It was loads of fun having such user friendly gear.  It also allowed us to maneuver well around the airspace and weather.

We had 23.8 hours of flight time on this trip.  Our fastest ground speed was 352 knots (405 mph) and our slowest was about 235 knots.  Our Altitude Pre-Select was inoperative for several legs so Nancy hand flew most of the East Coast legs.  That seemed to be good practice for her.

Our legs included the following:

KDLS -> KATY (Watertown, SD)   {nice airport, easy to get in and out, crew car available with closely restaurant}

KALB -> KESN (Easton MD)  {had to fly GPS approach due low vis, clouds, and storms in the area, stayed with Maryland Air FBO}

Our most interesting ATC issue on this trip was the leg from Albany NY to Easton MD.  We filed the preferred routing as determined by FltPlan.com as:

However, with the thunderstorms sweeping into the area from the west the route would take us exactly along the line of storms.  So I got on the phone and called the tower and asked to be connected to the fellow handling Clearance Delivery.  I asked him to get me a route that would take me over the NJ coast instead.  He agreed to call New York center and try.  We talked about 15 minutes later and he have me the following preferred routing:

I found out later that the NYC airports were shut down for hours waiting for the storms to pass.  So it worked out quite well for us.

On this trip we needed to depart Easton MD early and head for someplace safe to avoid Hurricane Irene.  Irene wasn’t predicted to be particularly strong winds (under 100 mph) but it was very large.  Turns out that over 40 people lost their lives, mostly as a result of the flooding.  Power was cut-off for a week in many places and towns in Vermont may never recover.  We decided to go to our next stop near Charlotte NC and see if the storm would miss us.  It did.  A view of us leaving Easton about 18 hours before the heaviest storming is shown on the right below. 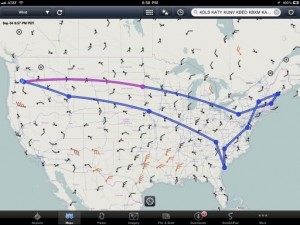 Foreflight image created on iPad of the overall trek. 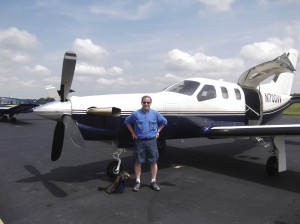 Here I am posing with N700VV on the ramp at Easton MD as we get ready to re-position early to avoid Hurricane Irene. 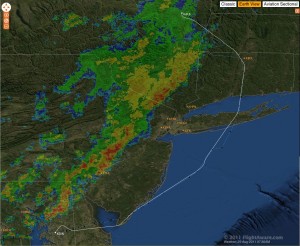 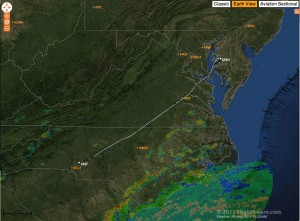 We departed Easton MD early to avoid complications with Hurricane Irene coming up the coast.