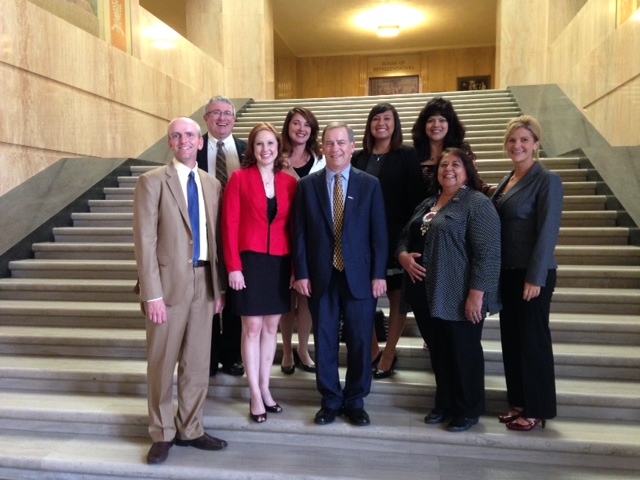 I was commencement speaker at Oregon Tech several years ago.  President Maples asked me to be considered for appointment to their inaugural board.  Previously the Oregon Schools had boards administered by the Board of Education.  I went through a recent confirmation hearing after being nominated by the governor and was approved by the Oregon Senate today.  Here is their press announcement.

Sept. 17, 2014, Salem, OR – The Oregon Senate today officially confirmed the appointment of 9 members of Oregon Tech’s new governing board. Oregon Tech announced last month the trustees appointed by Governor Kitzhaber as part of this historic change in higher education governance in Oregon.

With their official terms beginning immediately, the Trustees will assume governance of Oregon Tech on July 1, 2015 from the State Board of Higher Education, whose structure sunsets on June 30, 2015. University presidents, including Oregon Tech’s Chris Maples, serve as ex-officio members of the Board. Later this year the Governor is expected to appoint the remaining 65 members of the 15-member Oregon Tech Board of Trustees.

The 9 members who have been confirmed by the Oregon Senate include:

For more information on Oregon Tech Board members, including bios, go to: www.oit.edu/trustees.

Founded in Klamath Falls in 1947, Oregon Institute of Technology is the only public 4-year institute of technology in the Pacific Northwest. Oregon Tech provides degree programs in engineering and health technologies, management, communication, and applied sciences that prepare students to be effective participants in their professional, public, and international communities through hands-on learning. Oregon Tech has a full-service, residential campus in Klamath Falls and an urban, industry-focused campus in Wilsonville. Visit www.oit.edu to learn more about Oregon Tech.