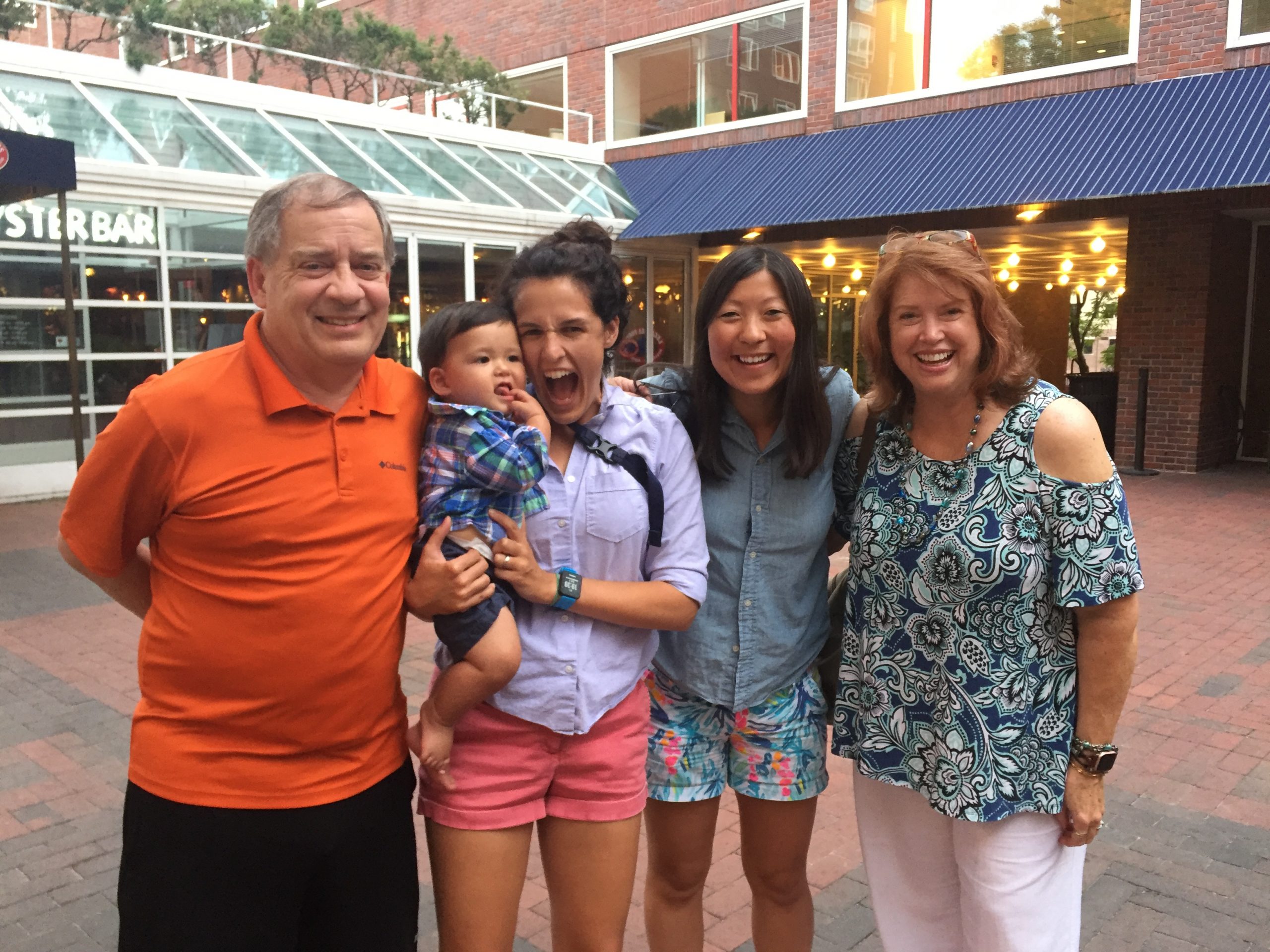 Generally each summer we try to schedule a flying vacation to the East Coast. This year worked out for a great trip in Maxwell. It could be our last trip in Maxwell as our new plane is expected next year. My brother Dave, accompanied the first leg.

Tuesday July 31
We depart July 31 and fly to PIH to KAPA. We spend the night in Colorado to visit with my sister Sue and her family (Thane, Marisa, and Nathan). We visited and had a great dinner at a nearby Cheesecake Factory.

Wed Aug 1
We are confronted with a line of thunderstorms between us and the East Coast. We tried to study the path and directions and decide to head north toward South Dakota and make a stop at Sioux Falls (KFSD) to check out our options. When we get there we decide to file for Toledo (KTOL). Our main issue is that not only was it going to be a long day, but we would also lose 2 hours, and it was likely there would be thunderstorms at our destination. We get to KFSD and do a 30-minute turn. I left my cell phone behind at KAPA, so Dave arranged to have it shipped ahead to our hotel in Providence. We had a good ride over Lake Michigan to Toledo. There we filed for PVD via Elmira, but figured we would need to go around builds on the way. We asked for reroutings several times and they rerouted as 4 times as well. But one good thing about flying with both pilots is that we can handle such distractions. We landed about 7:30PM having flown through modest bumps and only getting lightly sprinkled on near the final touchdown.

We checked into our hotel (Hampton Inn & Suites Providence) and went to dinner at Capriccios for an excellent dinner. They agreed to special make a dairy-free (vegan) risotto for Nancy and Steve that was fantastic.

Thurs Aug 2
Steve worked Thursday morning after a morning walk-jog through Brown and RISD. Nancy and Steve walked up College Hill to a Chipoltes restaurant for lunch. Nancy points out that we had to walk up the hill again later.

We rendezvoused with Dave and Andie at 4:45PM, saw her dorm room, and then hiked up the hill to the gallery to see her classmates work. Andie had a picture showing the effects of pollution and environment abuse in the future as part of a series that her class did. It was pretty amazing to see the things that her summer program accomplished. She said there were something like 25 people in her major (Art & Technology) and about 600 people in the summer program. We had a quick snack at a local restaurant and then Andie went to a dance and goodbye party.

Nancy and I met the Seeq CFO, Tammy Martin, for dessert at Pastiche in the Federal Hill district of Providence for a dessert and a quick discussion. Tammy was energized telling us about new side project on which she was working and telling us that Kevin (her husband) was enjoying his flying lessons.

Fri Aug 2
We departed for the airport at about 8:30AM and got a clearance to fly to Lawrence (KLWM) in Massachusetts. It was a beautiful day and the flight was about 30 minutes. We arranged for a rental car and then waited for Seeq employee Stefanie Moses and her family (Diego and Sergio) to go for a quick flight in our Cirrus. I put Diego in the front seat and his parents in the back. After we got up to the north I showed him how the controls worked and then gave him a chance to do some flying making turns in both directions (90, 180, and 360 deg). I then set up the flight director and let him fly the flight director as we maneuvered back for a landing.

We drove into our hotel (Residence Inn in Watertown) and then met Ashley, Allie, Ruthie, and Max at their condo. It was our first time meeting 11-month-old Max. What a cutie pie. He was quite happy and hardly fussed. Ruthie the dog slowly warmed back up to us as well. The girls had arranged for a great vegan dinner with vegan salads from a local deli.

Sat Aug 3
We rendezvoused at the condo at 9AM. Ashley drove us to BC and we looked around at the beautiful campus. Ashley used to work in the development department there and she received her MBA from their as well. Allie has her master’s in public health and Nurse Practioner degrees from their as well. Then we hiked around the BC reservoir (1.3 miles) with Ruthie and Max. We did some shopping for dog items and ultimately maneuvered to lunch at Grasshopper (veggie Asian). We went to Allie’s health clinic and got a quick tour.

We broke for the afternoon and rendezvoused at 5PM for a tour of MIT, Cambridge, and Kendall Square. Allie will be joining MIT in October for a terrific job. We had dinner at Legal Seafood. Nancy and I deviated from vegan with lobster and shrimp respectively. Max was well-behaved and discovered oyster crackers as a new delicacy.

Sun Aug 4
We met at 9:30AM and dropped Nancy off for a Thai massage (as in feet on the back) and the girls, Max, and I took a hike around a Cambridge lake. We met for lunch at the Red Lentil.

Unfortunately, my travelog got interrupted. So I will summarize the remainder of the trip:

We made it all of the way back from St. Louis on Sunday August 11.