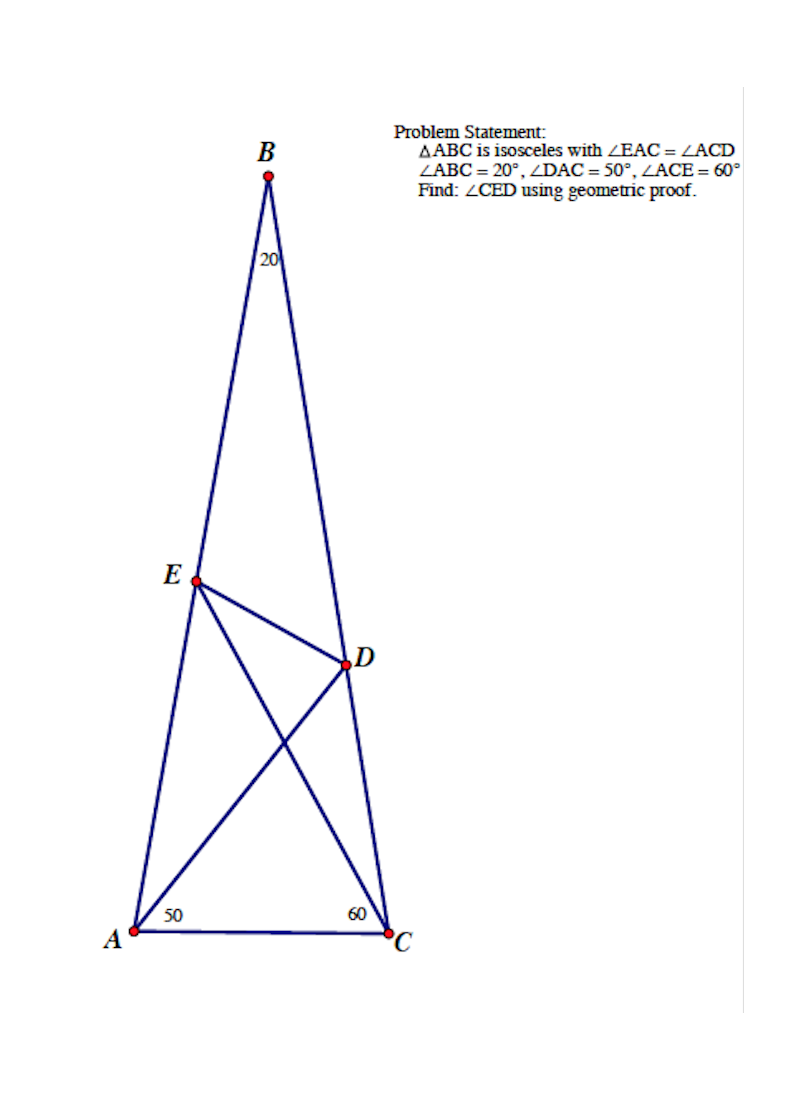 When I was a senior at Princeton University I was hanging out at the Forrestal Laboratory (Campus) with graduate student and friend Mark Maughmer (currently a professor at Penn State).  He had been given a geometry problem from fellow graduate student Tatsuo Komatsuzaki and was having trouble solving it.

I thought how tough could this be and proceeded to work on it.  After about an hour Tatsuo came in asked how we were doing.  I told him I knew the answer and hadn’t gotten a geometric proof yet.  He asked how I got the answer and I admitted I had measured it.  He thought that was interesting but challenged us to keep at it.  He also indicated that this was a tough problem from his high school.

I spend about 50 hours on it and couldn’t get it.  Evan Flatow, my colleague in such pursuits at Princeton also spend considerable time and didn’t get it.  So I kept the problem and shared it with people.  Evan wanted the solution in an envelope so in case he needed it he could have it, but preferred to solve it himself.

Later when I was at NASA I gave it out and found no one that submitted a solution that was a geometric proof.  To this date, the only person who came up with a geometric proof, but not the one I have here, has been Brian Parsonnet.  Brian was at Princeton a year before me but we didn’t know each other and didn’t meet until more than 30 years after Princeton.

I am attaching the question and the solution to his entry.  Although I did not get the solution via geometry as I reviewed the proof, it’s really not that difficult.  There are no special theorems needed.  One just needs think about the problem the right way.  I have refined the proof here to make it even cleaner using Geometer’s Sketchpad.

Attachments (don’t peek at the answer until you’ve tried it):