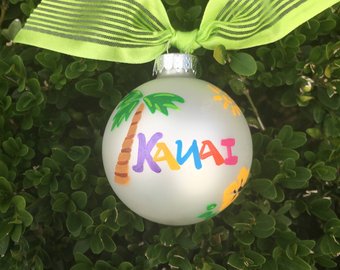 We decided to do a destination Christmas vacation for the first time. Normally Tabitha and Rich are constrained by Rich’s family to be in Michigan due to the business interests of Rich’s brother and his in-laws. So we decided to splurge and plan a vacation to Hawaii. None of us had been to Kauai before, so we thought it would be a great opportunity to knock off two birds with one stone.

Saturday Dec 22nd:
We arrived at the Hilton Garden Inn in Kauai mid-afternoon. Vespyr’s FountainHillsPetNanny.com business was handling our pups (Brandy and Beckett) and Dak Kanner, an employee at Seeq, was handling Buster. So we could relax.

After getting checked-in and unpacked we went out exploring, bought some supplies, and then ended up having dinner at the Eat Healthy Kauai. It is a fabulous vegan restaurant (we are all trending toward vegan). The dishes were excellent and the service was good. We ultimately came back to the hotel and had drinks as part of their Happy Hour celebration.

Sunday Dec 23rd:
After breakfast compliments of the friendly people a the Hilton, we met with their Concierge to get the lay of the land and learn what options were available. She had some good gouge for us to use exploring the island.

We then went to the nearby Snorkel Bob’s shop to rent some snorkeling gear. The person was having trouble booking a trip due to computer issues and we didn’t get much help on this visit.

We then decided to hike the nearby Sleeping Giant. Nancy came along with us for the first 45 minutes or so. She turned around when you had to actually scale some rocks. It wasn’t as bad afterward. We continued on for another 45 minutes and got near the top, but decided to return to the car to meet with Nancy.  Man!   It was muddy and slippery. None of us fell, but there was plenty of clean-up afterward.

We ate lunch at the Eat Healthy Kauai again. It was very crowded, but we were resting from our trip so all was good.
That night we had dinner at Hilton (garden burgers, stir fry, spicy edamame) and had complimentary Mai Tai’s.

Monday Dec 24th
After breakfast, we trekked in separate cars to Poipu Beach Park to check out snorkeling. Unfortunately, the water wasn’t good and the weather was overcast. So no joy.

Rich went to find out about surfboards at a shop there on the beach and ended up signing up for surfing lesson from a former surfing pro champion Kaipo Jaquias (link1 link2 link3). Kaipo helped him get up on several waves and he absolutely loved it. Rich felt like his surfing picked up considerably as a result of this lesson.

Steve and Nancy toured the area and found the Spouting Horn not too far from Poipu. Tabitha and Rich met up with Nancy and Steve there.

Steve, Nancy, Tabitha, and Rich headed to Hanapepe. Rich grabbed lunch and then headed to his surfing lesson. Tabitha, Nancy, and I explored Hanapepe more after Rich left and then we went back to Poipu. We need up have lunch at the Living Foods Market at Kukui’ula Village Shopping Center. They had excellent salads.

Tuesday Dec 25th
Late breakfast and gift exchange. The kids got new iPhones and we got a trip to a Chocolate Plantation on Thursday. I got a great book from Tabitha and some water supplements.

We drove to Waimea Canyon road. It included dramatic scenes along the windy terrain and included several tremendous viewpoints. It’s called the Grand Canyon of Hawaii and truthfully, it’s hard to determine which one is more dramatic … the one in Hawaii or the one in Arizona. We drove further up the road then hiked the Canyon Trail to the waterfalls and did a quick detour to the cliff trail. Again … all we saw was beyond spectacular.

We explored on our way back and circuited the secret PMRF that my brother Dave used to fly into from time to time when he was in the Navy.
That night we had dinner at Duke’s Kauai associated with the Lihue Marriott. The setting was incredibly comfortable and was nice as an open-air restaurant. We all found suitable meals.

Wednesday Dec 26
This was Rich’s birthday, so we adjusted our plans accordingly. The new gameplan was to meet at 2PM to head for Hanalei for dinner.

Nancy and I drove to Poipu and chose to do the Maha’ulepu Heritage Trail. It was fairly easy, but gorgeous. It is the first one we did without getting muddy. We then headed for Hanapepe to get some gifts. Tabitha contacted us and said the snorkeling was near perfect at Poipu Beach. So expedited there and got some great snorkeling in with Tabitha as our guide. Rich was out in the surf with a surfboard. Interestingly some protected (“endangered”) Hawaiian monk seals came and rested on the beaches amongst the people. Ultimately some volunteers came and posted ropes around the seals to keep one’s distance.

We had lunch at the Living Foods Market and did some souvenir shopping in the shopping center. We rendezvoused at 4:45PM and drove to Hanalei. Traffic was slow in the beginning, but we made it in time for sunset. The restaurants were full but we narrowed in on the Postcard. It had great organic and vegan foods. We all over-ate, but we enjoyed ourselves. We saluted Nancy for bringing bug spray as we are on the porch and it might have interfered with dinner.

Thursday Dec 27
This was the morning we reserved for the visit to the working cacao farm. It is known as Lydgate Farm, named after the well-known Lydgate family who has spent 5 generations in Hawaii. Here is a link to an article about the farm: link. It was a fabulous tour, given by Andrea (surfer transplant for SoCal). We learned much about the fruits, plants, and history of agriculture in Hawaii.

At the end, they had a tasting of chocolates around from around the world. Everyone was supposed to select on their scoresheet the type of chocolate as a contest. I got 3 correct. Turns out that three people got all 9 correct. So they had a sudden death final round. Tabitha won the whole shebang. She got that one right and the others failed. Clearly, she knows her chocolate and has a fine-tuned pallet.

We then used Nancy’s “Happy Cow” app to locate another excellent vegan restaurant called the Greenery Cafe. The app steered us correctly again and we enjoyed some vegan wraps and Tabitha got an excellent kale salad. During lunch made arrangements for another surfing lesson with Kaipo Jaquias. While Rich was surfing, Nancy and I hit the beach for some fun in the surf.

Rich came back with a huge grin. He really enjoyed his surfing and managed to get up on several waves on the outer-break at Hanalei beach. We rendezvoused at the Eat Healthy Kauai for yet another excellent meal.

Friday Dec 28
It poured the rain overnight and we heard some thunderstorms in the early morning. So we decided to take our time to do some chores. Tabitha and Rich got their new iPhones going. Steve and Nancy finished the annual holiday newsletter and got it sent out. Then we rendezvoused and 11AM to do more touring.

Rich drove us north toward Princeville. We stopped at the Princeville shops and had lunch at Frederico’s Fresh Mex and then did some shopping in those shops.

We continued on to Hanalei and did more browsing and shopping. We bought some gifts and Steve got his souvenir Kauai hat and another sharp Hawaiian shirt. Rich and Steve sampled a vegan Ono Popsicle (Chocolate Apple Banana).

Rich then drove us to Hanalei beach to show us where he had surfed and to see the wicked waves in the storm surge. We toured the area a bit more and observed the damage from last year’s storms. There were many beautiful homes were wiped out and several roads were closed off.

We started back about 4PM and stopped at the lighthouse at Kilauea. We just missed entering the sanctuary, but it was still majestic. We also saw some Hawaiian Geese (“Nene’s”) that were quite interesting (link).

We made back to the hotel in time for a 6PM dinner. We had the chef prep some stuff for us stuff that was mostly vegetarian. While eating we helped Rich get his new iWatch up and running.

Mostly we spent a couple of hours talking and talking about a wide range of topics and planning for future such vacation encounters. Rich and Tabitha have early afternoon flights back to Portland (non-stop), while Nancy and I have a red-eye flight that departs at 11PM. But at least it gets back at 8AM on Sunday.

After a morning quick rendezvous with Tabitha and Rich as they headed to the airport, Nancy and I head to Kapaa, Poipu, and Lihue for shopping. It was a relaxing day before we took the red-eye.

Nancy and I thought it was a great trip. We got to spend quality time with Rich and Tabitha and recharge our batteries and learn a lot about health and being a vegan.