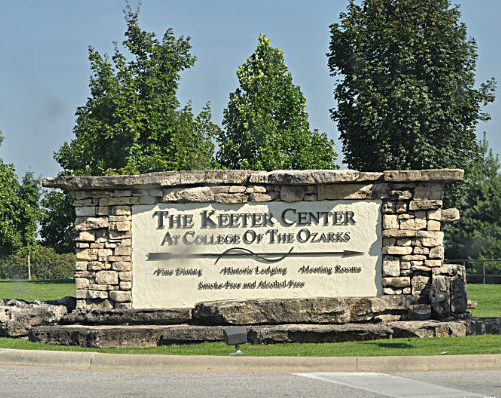 I flew a business trip to Phoenix AZ (KDLS to KVGT to KFFZ) for an Insitu ISAC meeting.  Then I flew from KFFZ to KAMA (RON) to KBBG to attend the NAIA Division II National Basketball Tournament.  I arrived just in time for the Eagles first game against Evergreen State.  We fell behind but came back to win.

I’ve heard from so many of you and we all felt the same!  Can we do this?  Can we come back and win this game?  Yes, we can!  (I hope that’s not copyrighted.)  Whether you were in the ICI Center, or the Keeter gymnasium or in your home or office, that second half made you get off your chair and cheer!  We won 80-78!
I can’t believe the ICI Center was doing all the cheers (the roller coaster, the “we believe” and warm up the bus).  We didn’t do that at the game.  Wish we could charter a plane and bring all of you here on Friday morning.  We did have some high school students from Branson join us to cheer on the Eagles.  They were really sweet young men.  Not sure anyone in the gym thought we were going to pull this one out but obviously, Coach Ridder, his staff and team thought they could.  And boy, did they ever!
So after that wonderful win, they stayed to watch the next game and scout Friday’s opponent (Bethel).  In the evening, we all went back to the gym for the “Parade of Champions”.  All the teams get introduced and we try and cheer louder than the fans for the other teams.  As we sat there, a fierce thunderstorm was raging outside and we all watched our cell phones for tornado warnings.  Lucky for us, not in Branson.
After that, we went for a late dinner to Rocky’s, an Italian restaurant in old Branson.  Really good food and most of the fans showed up to eat with the team.  By the way, dinner was on our sponsor, for everyone!  Team, fans, parents.  I think we’ll put together a big thank you card at the bbq, have all of you sign it and send it to the White River Valley Electric Coop.  We really need to show our appreciation to this group, they are awesome!  Afterward, Coach Ridder gave the traditional speech praising the team and thanking the parents and fans.  We had a surprise fan stop by today, Dr. Sliwa.  He joined us for dinner and Coach gave him an opportunity to speak.  He gave an extremely inspirational speech to the team on what they’re learning playing this game and how we’ve recruited the right type of student.  He reminded us how special Embry-Riddle is and how well respected we are.  After our game, he had lunch with the president of the College of the Ozarks.  He told Dr. Sliwa he cheers for two teams at this tournament; his school, of course, and Embry-Riddle because we do things the right way.  Strong praise from the president of a school known as “Hard Work U”.  It was a great way to end the day.  Smiling and thankful.
Tomorrow, the team is going to watch Northwood play as they watched us play.  Then practice, lunch and either more games and homework.  Several of the player’s dads are going out for some golf.  A quieter day as we get ready for Bethel.  And I wish I could say that game will be easier but Bethel has won the national championship several times and know how to play this game.  So again, we’ll need your support!
Thanks for the notes, phone calls, texts and thoughts.  You’re making a difference!
Go Eagles!