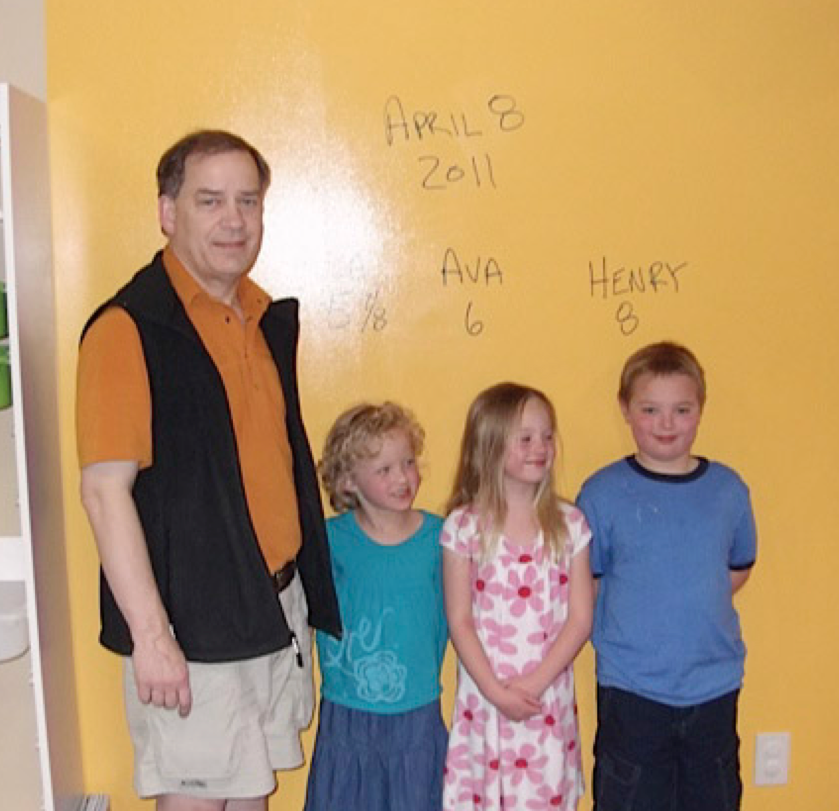 Henry, Ava, and Ella would disappear for more than an hour into the Playland (lower garage converted into a playroom) and everyone played hard with the swimming pool. The biggest hits in the playland were the forts and the slot car race track.  They also used the Idea Wall, colored pictures, added stickers, and organized for races.  We just didn’t have time to explore more.   Henry ended up making up a long stack of things to check out in the future.

Everyone took their turns cooking but people seemed most shocked when Steve took his turn and made french toast one morning (which got good reviews from the kids — almost as good as moms).  He also did some grilling and orchestrated personal pan pizzas one night, which is almost always a hit.  Nancy and Heidi went and got a massage at Pampered Feet Reflexology.  We got the TV systems checked out and used the eZip scooters several times.

We also had a great use of the elevator.  Brian was recovering from hip replacement surgery and we convinced him it was much wiser to use the elevator.  Which he did.  The kids each got a daily turn in the elevator as well.

Steve and Nancy got their unofficial certs as potential grandparents during this visit.

Here is link to a photo gallery.