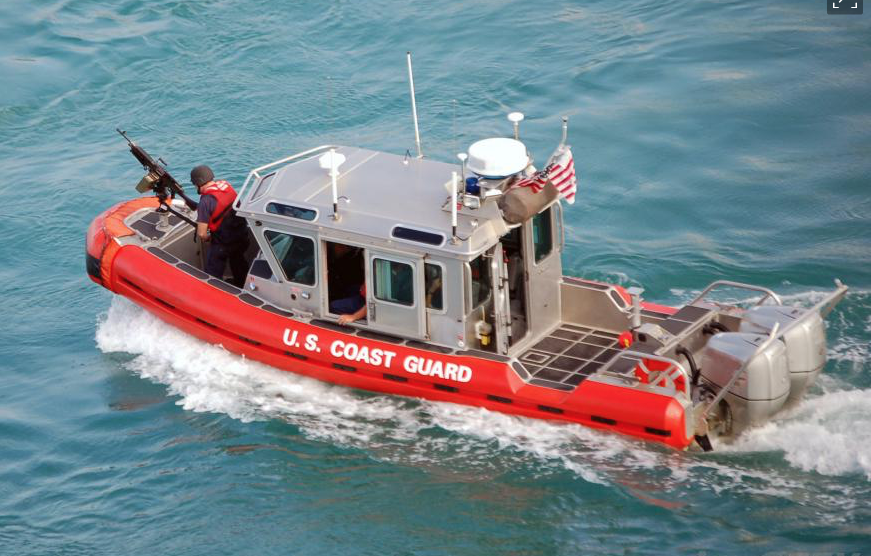 One of my buddies when I worked at NASA Langley, Earl Dunham, had a new sailboat (Columbia 30) and wanted to take it out for a shakedown cruise. We had just picked it up the week before and we were anxious to get in some day-sailing.

We decided to invite some young ladies to join us. I was a graduate student at the time and had socialized with the co-ops and interns. So I invited about 4 college co-eds and my sister, Sue, who had just graduated from college and was visiting.

It was a glorious day: sunny, windy, and bright. The sailing was awesome. However, as we headed back to shore we got pulled over by a Coast Guard boat. I had suspected it was because we had so many bikini-clad young ladies on the deck.

They decided to board us with their M-16s drawn. I decided to capture the event with my camera (hope to find those pictures and attach soon). Several men boarded and started to perform a safety inspection. For example, two went around making sure we had sufficient life preserver/jackets for all occupants. We did.

However, the unit leader asked to hear/see Earl’s warning device. He was stumped. “You mean horn?” He could find it in within the controls and indicated that he didn’t believe he had one. The coast guard unit leader began to fret. At which time Earl indicated that he could always bang two pots together.

The unit leader said, “Good enough!” Then he told his unit, “Let’s go!” And off they went. We all sighed a huge sigh of relief and returned to shore with a new story.

However, it gets better. Two years later I was at the NASA cafeteria and heard a colleague telling his friends a cute story:

One of his buddies was in the Coast Guard Reserve. They had just been trained and were out on a weekend patrol. They spotted a sailboat with a gaggle of bikini-clad young ladies on the deck. So they decided to have some fun and pull them over.

They decided to perform a ‘safety’ inspection. But one of the two men on board pulled out a camera and started recording the boarding. So they attempted to really do a safety inspection. Unfortunately, they found a safety violation and their training had not really informed them of the proper process for issuing a citation. So they ‘helped’ the owner find a workaround and then got off the boat and retreated.

Unbelievably, it was the same story told from 2 vantage points.